Mountain running. A simple pursuit. Have a pair of sneakers and a water bottle? You’re qualified. You’ve got all the gear you need.
That’s how I ended up spending most of my summer running. I lost all of my climbing/camping/summer fun gear in a fire a year and a half ago, and I just haven’t been able to completely replace everything yet. But you know what I did replace? My sneakers, and a water bottle. So I found my self running, and then I met Beau, and I found myself running a lot.
As an ambassador for Omnibar, Beau had the opportunity to join the fine group of fellows in Big Sky and participate in The Rut. I was originally going to take photos, and was later convinced that I aught to join in on the comradery. So I signed up.
….and then my widsom tooth got infected… 2 weeks from race day… liquid diet commenced. 1 week from race day all four of my wisdom teeth were removed. I had somewhat given up hope of running in the race, and embraced the fact that I could abstain from the suffering and photograph those who were, but… I really wanted to run. I’ve recently fallen in love with the sport, and the route was sure to be incredibly aesthetic and challenging. As much as I love photography, I also just love the mountains, and moving through them gracefully and quickly, feeling light, timeless, a sort of high you get from endurance, distance, vistas…
So I took it day by day. Every day I’d ask myself. ‘Could I run the race tomorrow?’ My thoughts progressed: absolutely not, no way, uhn uhn, ain’t happenin’, not tomorrow but.., perhaps, close… and then Friday rolled around.
We woke early, rode the base area lift up, and hiked along the ridge to a friendly section called ‘bone-crusher’ to photograph the runners of the Vertical K event [race from the base to the summit of Lone Peak (1 vertical kilometer) as fast as possible]. I felt pretty good. No pulse drumming in the back of my mouth with each step. I jogged down a bit of the trail back to the chairlift, feeling good, and decided to run the next day. Worst cascenario, as my doctor directed, if my mouth started bleeding mid race I should stop. But I felt confident that the healing had progressed enough that the chance was unlikely. Beau and I laid low, drank green smoothies, and went to bed early. 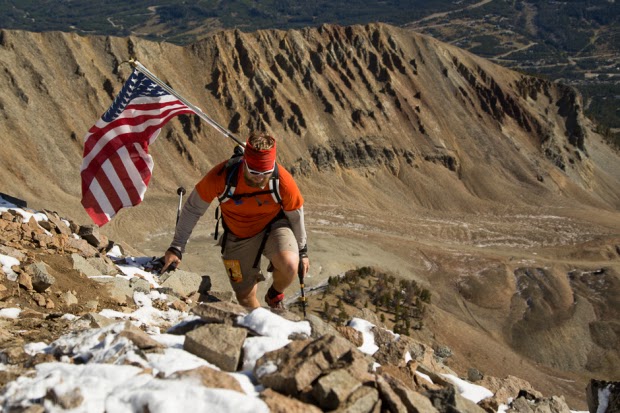 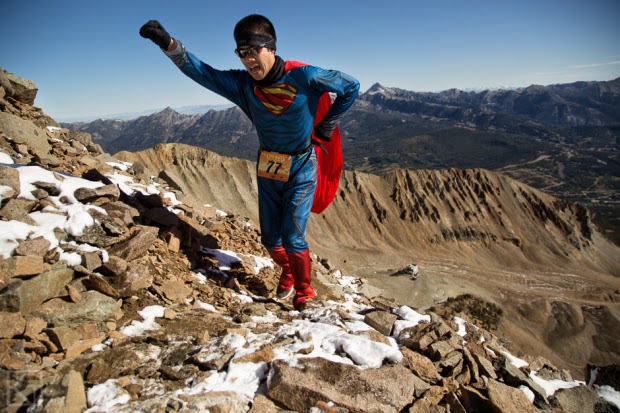 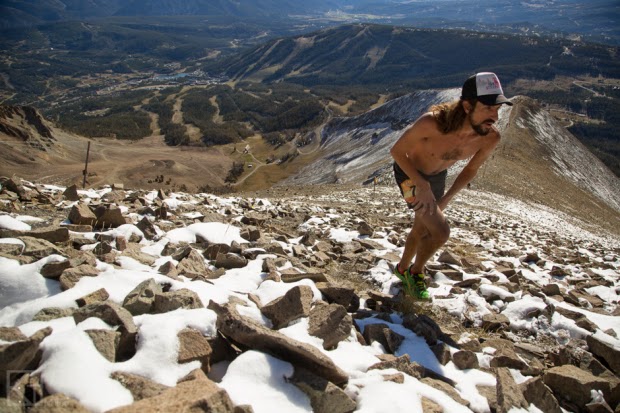 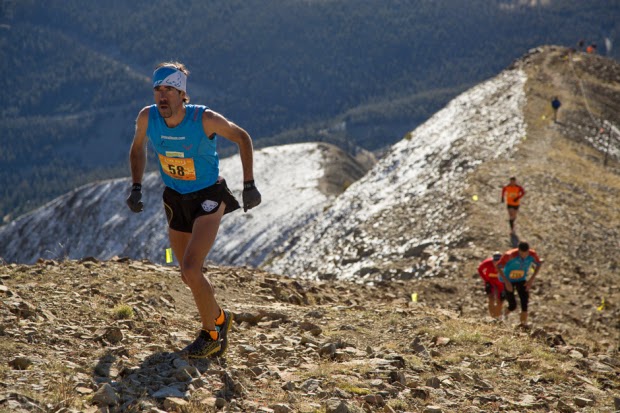 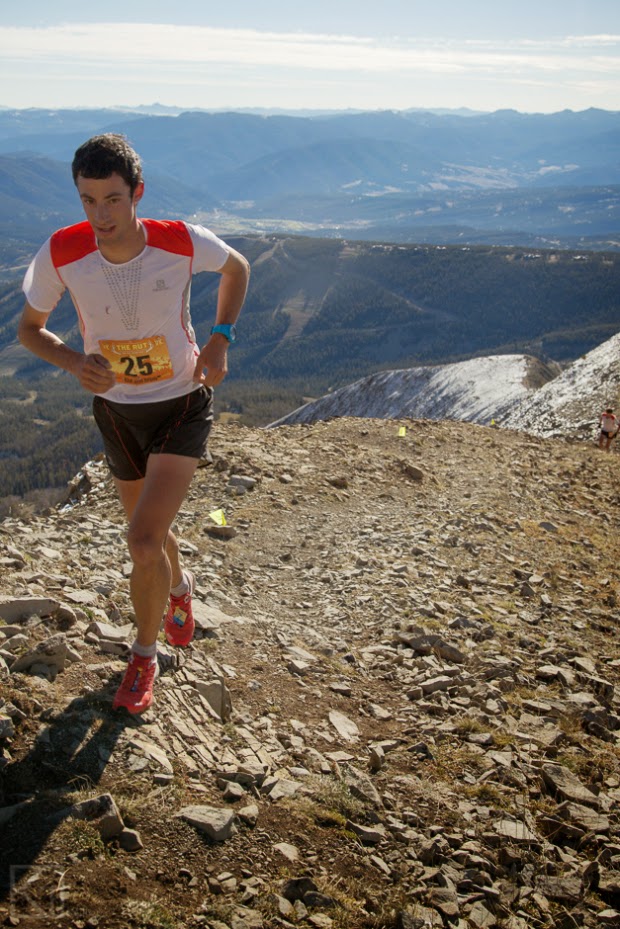 Killian Jornet making it look easy (not even breathing heavily).
The race start was a bit terrifying. A gamet of professional athletes in their elite running gear stood at the start. Headlamps feverishly scattered light in all directions. I look over at some of the other girls and thought [man that headband looks high-tech, she must be fast]. I was intimidated. The bugle blew. Chaos commenced. I strolled into my normal mellow gait, far too overwhelmed by the mass of mega fit people swarming around me to sprint the start. Soon enough muscle memory took over and I settled into a rhythm. The best section (in my opinion) was the headwaters terrain. Fields of scree, followed by a steep, loose, billy goat scramble, 30 feet of hand line with abyss below, and a fantastic trail along the knife-edge ridge with stunning views in all directions. 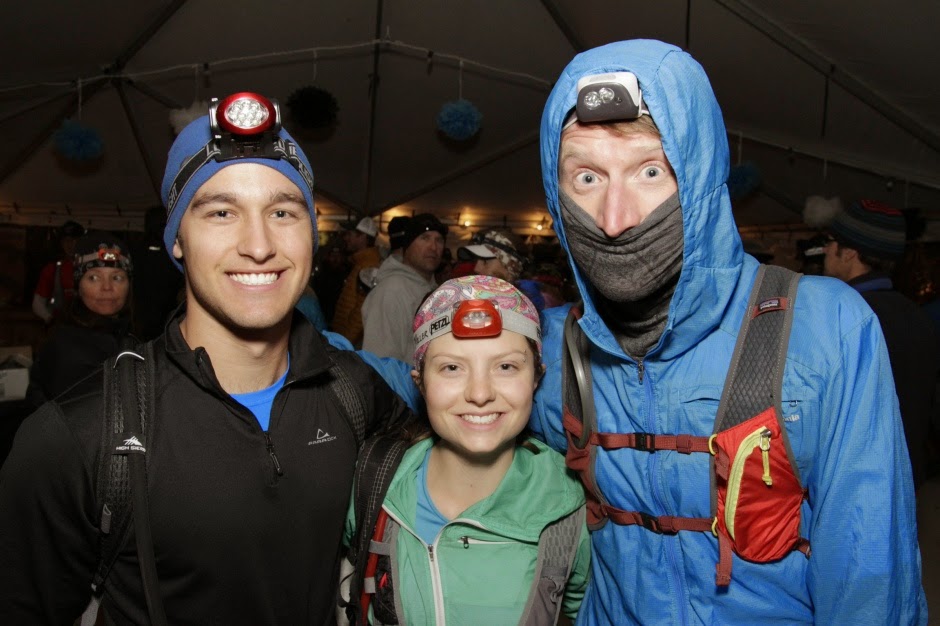 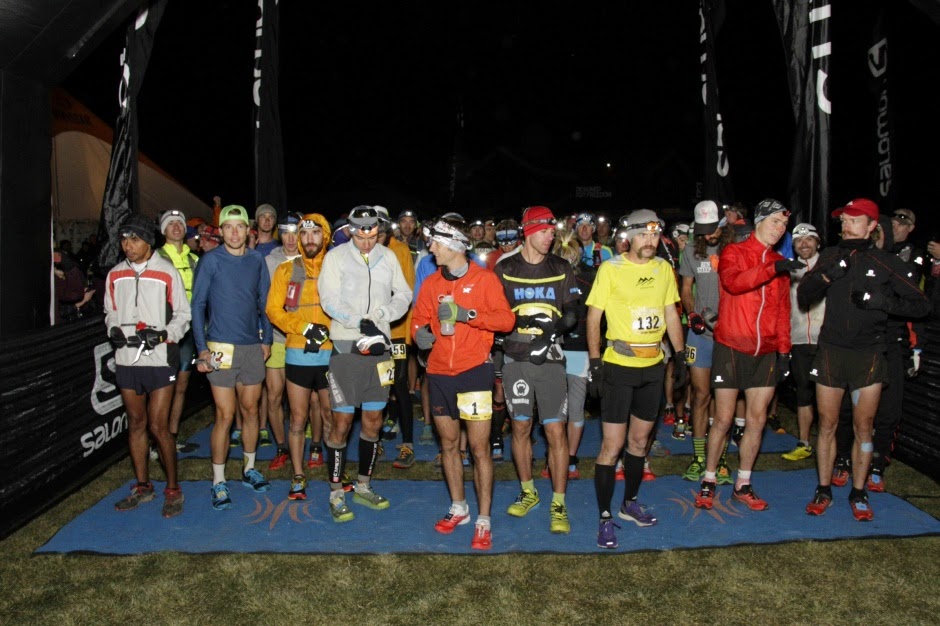 Photo: Anthony Krolczyk
Mile 15 my mouth started throbbing. I spit on my hand [and immediately after gawked at myself for being so crude], I needed to know if I was bleeding. I was a bit worried and kept checking every few minutes. At the Tram dock aid station I took ibuprofen and the throbbing and fear quickly faded.
David and Brian led the cheering at the top of Lone Peak [mile 20.something] and their enthusiasm helped push me onward, and made me smile.
The final stretch I thought I might vomit, but I reeled it in and forced down one more gel. One of the other gals [who placed 2nd last year] and I played leapfrog in the last 1-2 miles. I was sure she had me, but on the very last hill I snuck ahead, and sprinted the final few hundred yards to the finish, surprised and thrilled to discover that I was the 10th woman to cross the line. 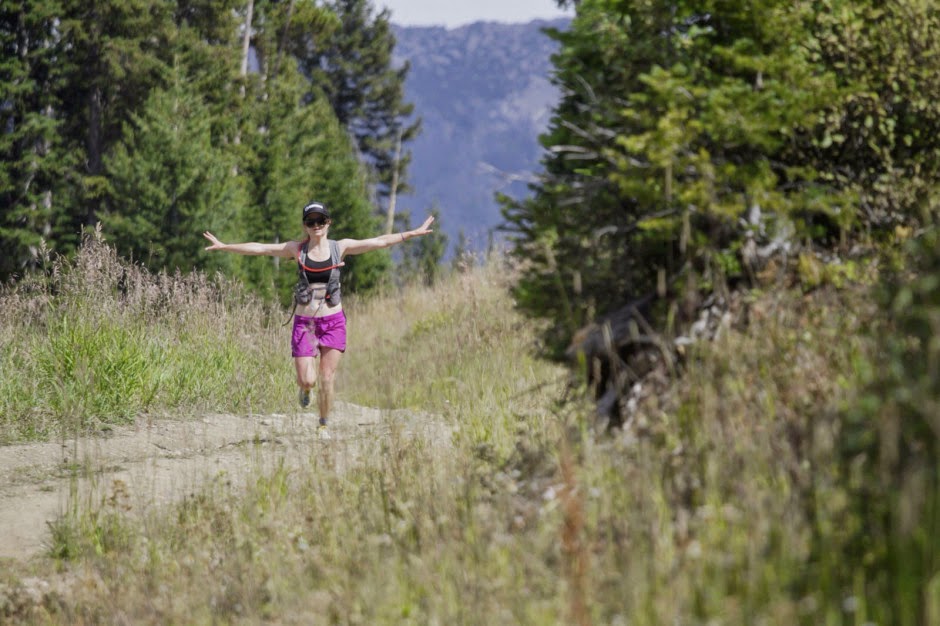 Getting my bird on just before the finish..!Photo: Anthony Krolczyk
It was neat to be a part of such an incredible event, and even more neat to be in the company of such an athletic group of people. Good vibes. Good energy. I think that was my favorite part, to see how mountains, and the drive to move fast and light, by fair means, 100% human-powered, through incredible terrain, brought so many people from all over the world together, to run and to celebrate. Everyone there has something in common; they live, they live fully, in the present during the race. They embrace struggle, they embrace difficulty, they embrace a challenge. And those sorts of people are the kind of folks who initiate change, inspire, and make the the world more alive.
I don’t know if I’ll participate in many more races in the future, I prefer to pause to take photos, jump in high mountain lakes along the way, and stop when I feel like I’m going to vomit. But you never know…
It’s all just about getting out there, and soaking in the glory of this heaven we call earth.
…and all you need to join the fun, experience the struggle, and reep the rewards is a pair of sneakers, and a water bottle. 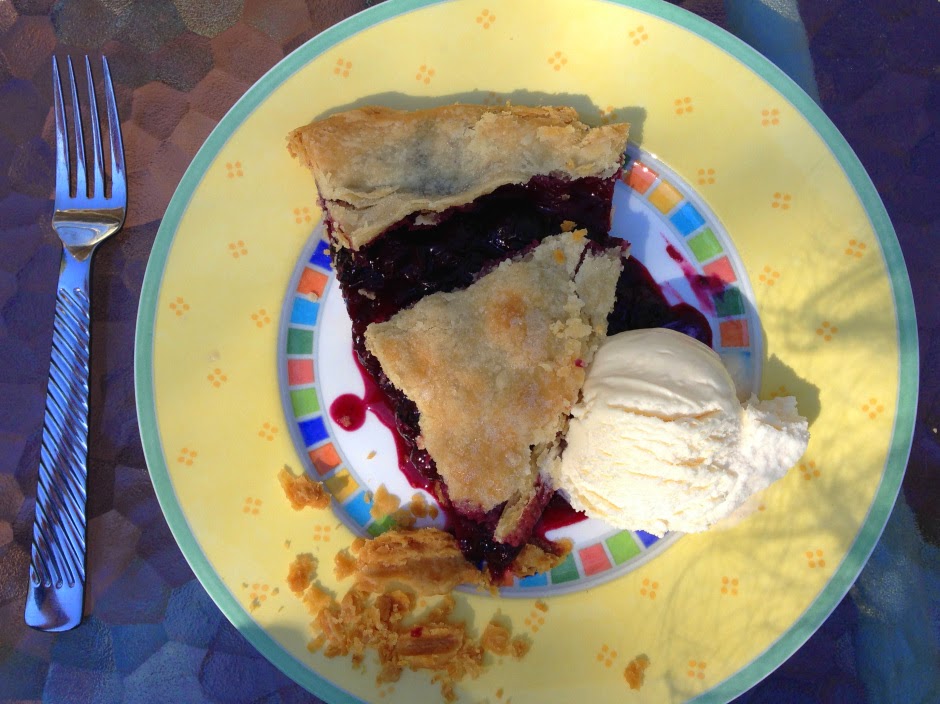 Posted by nerdybirdy at 9:16 AM No comments: