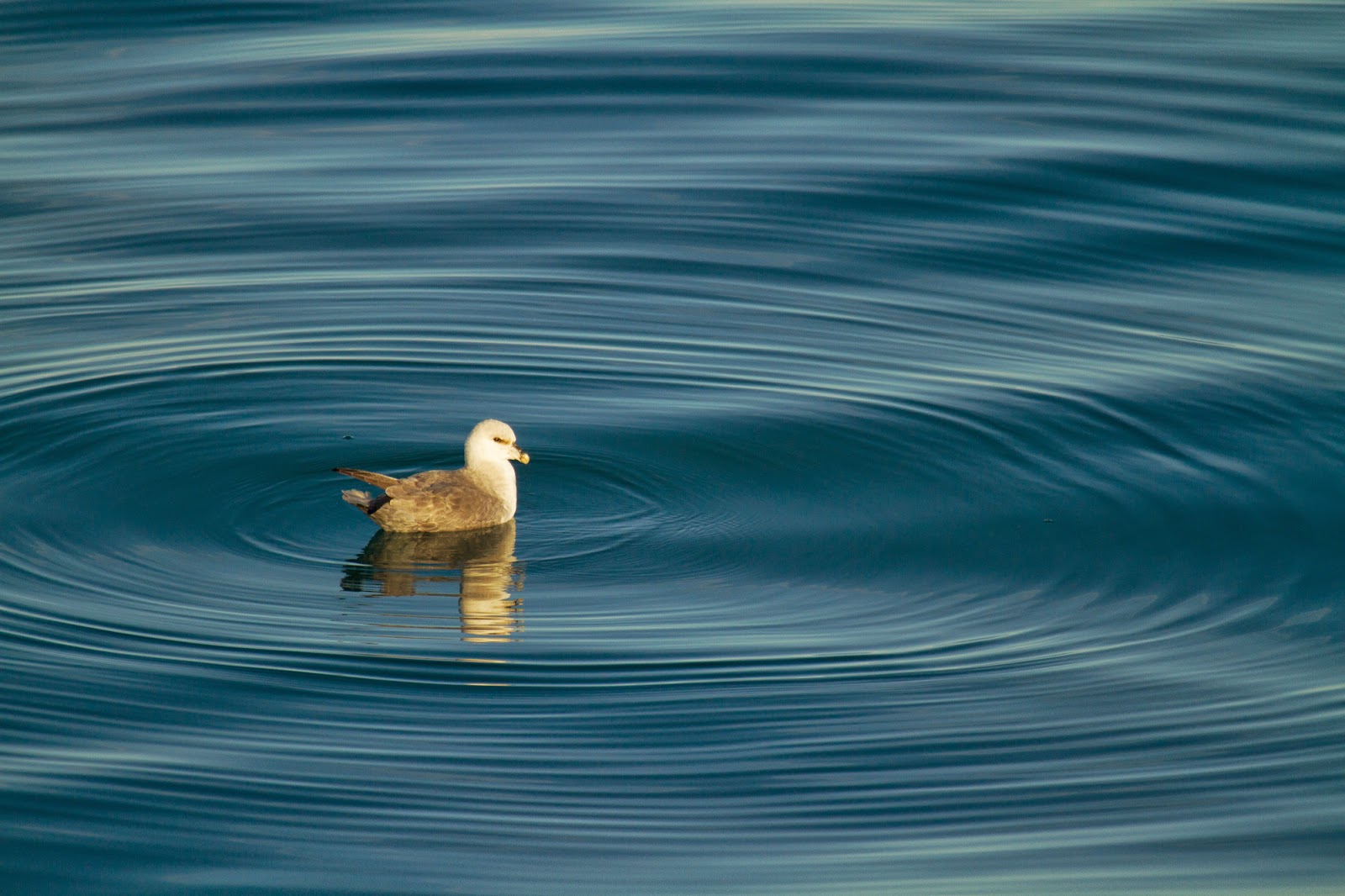 Outside, the glassy fjord moseys by as eiders bob in the wake of our ship. Fulmars soar past, their wing tips mere millimeters from the sea as they dance in the draft created by the boat. 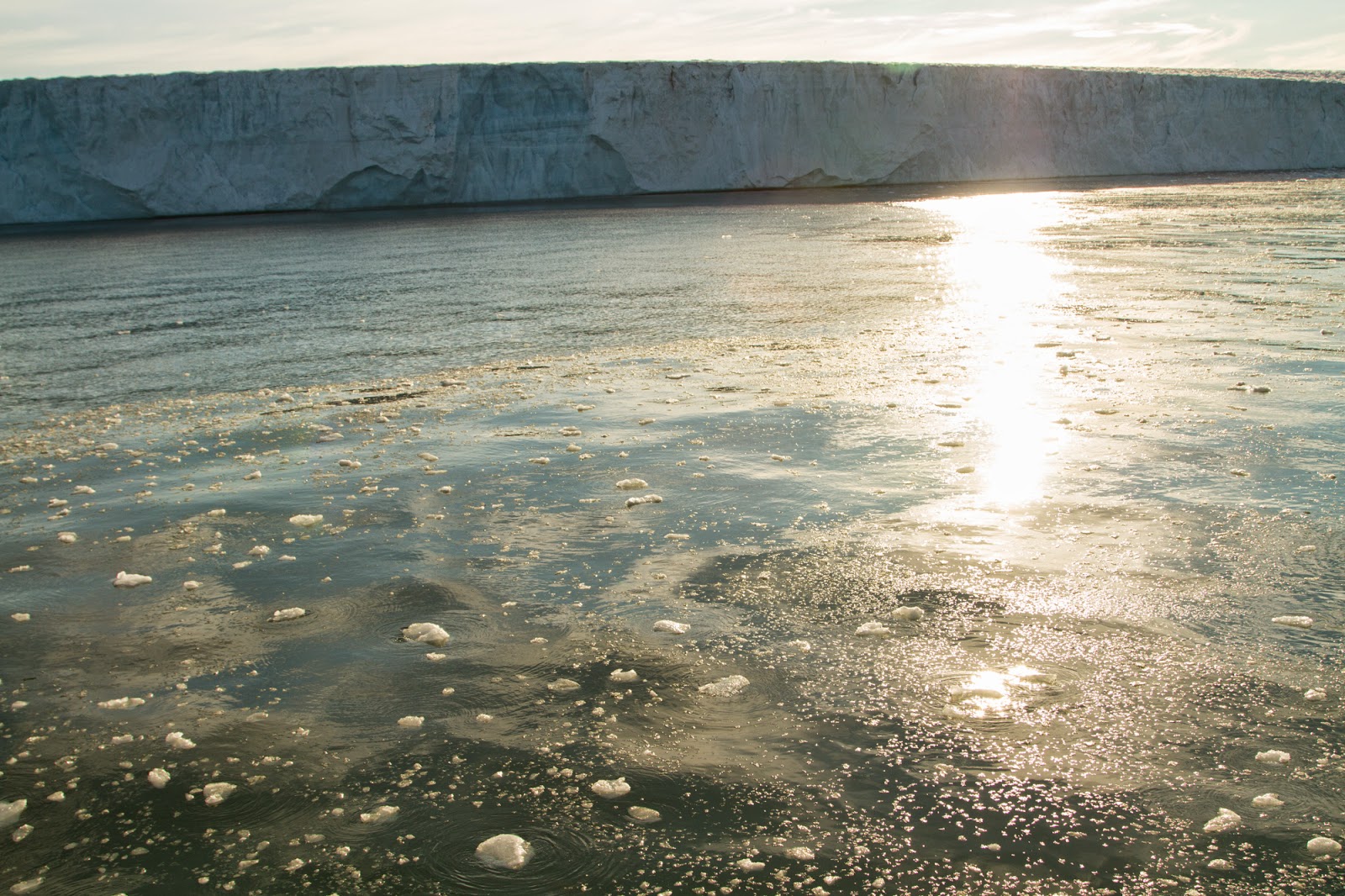 The glacial formation of the environment here is captivating. The clouds roll in and out revealing the arctic beauty for mere moments as the sun beams down upon the rugged land. 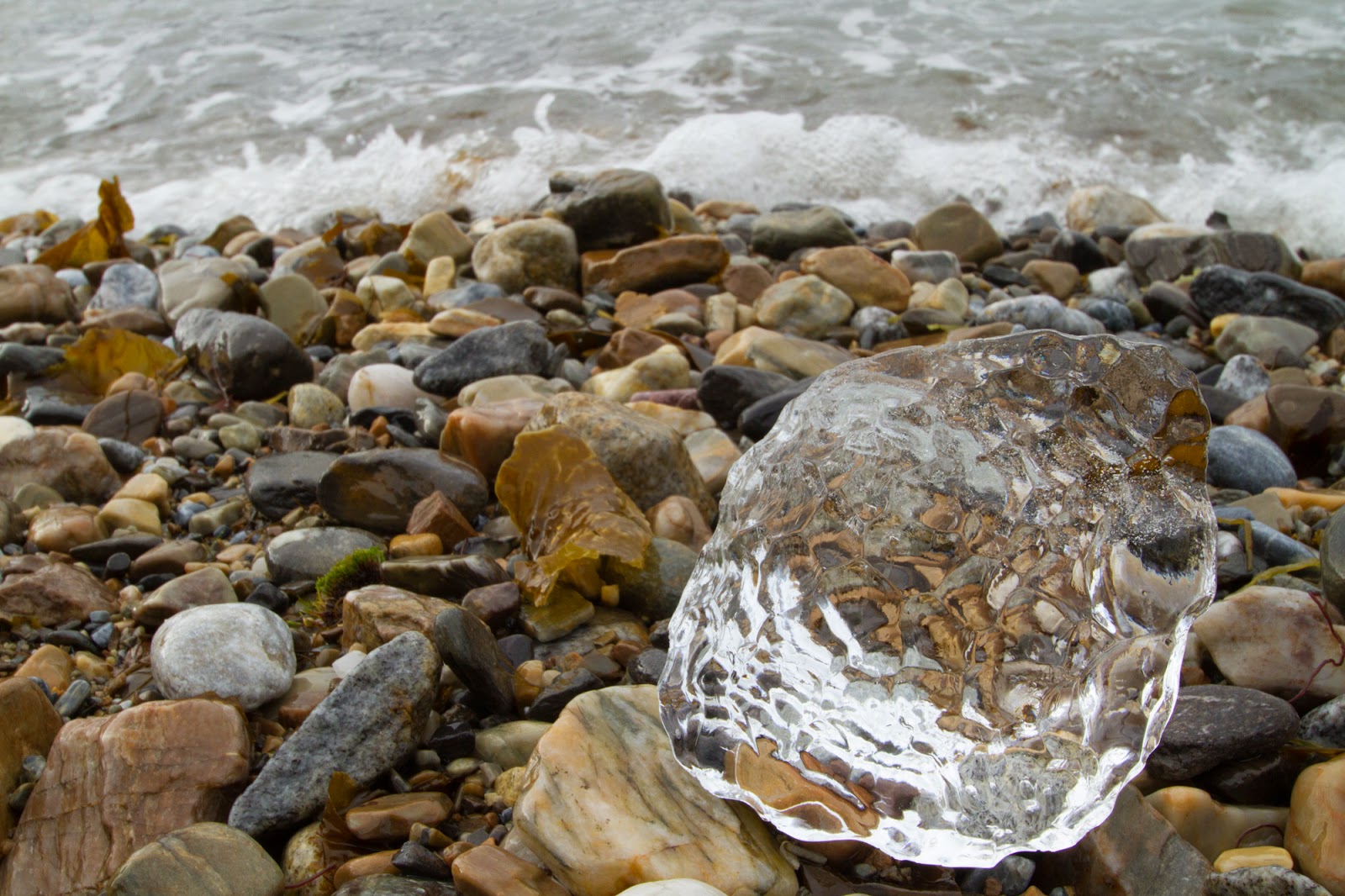 Although the photographs depict a frozen landscape the reality is that there is less ice this year than ever before. Our ship could circumnavigate the entire archipelago if we desired. Only a few years ago that was impossible due to the amount of sea ice. It is quite terrifying to see the effects of global warming first hand. 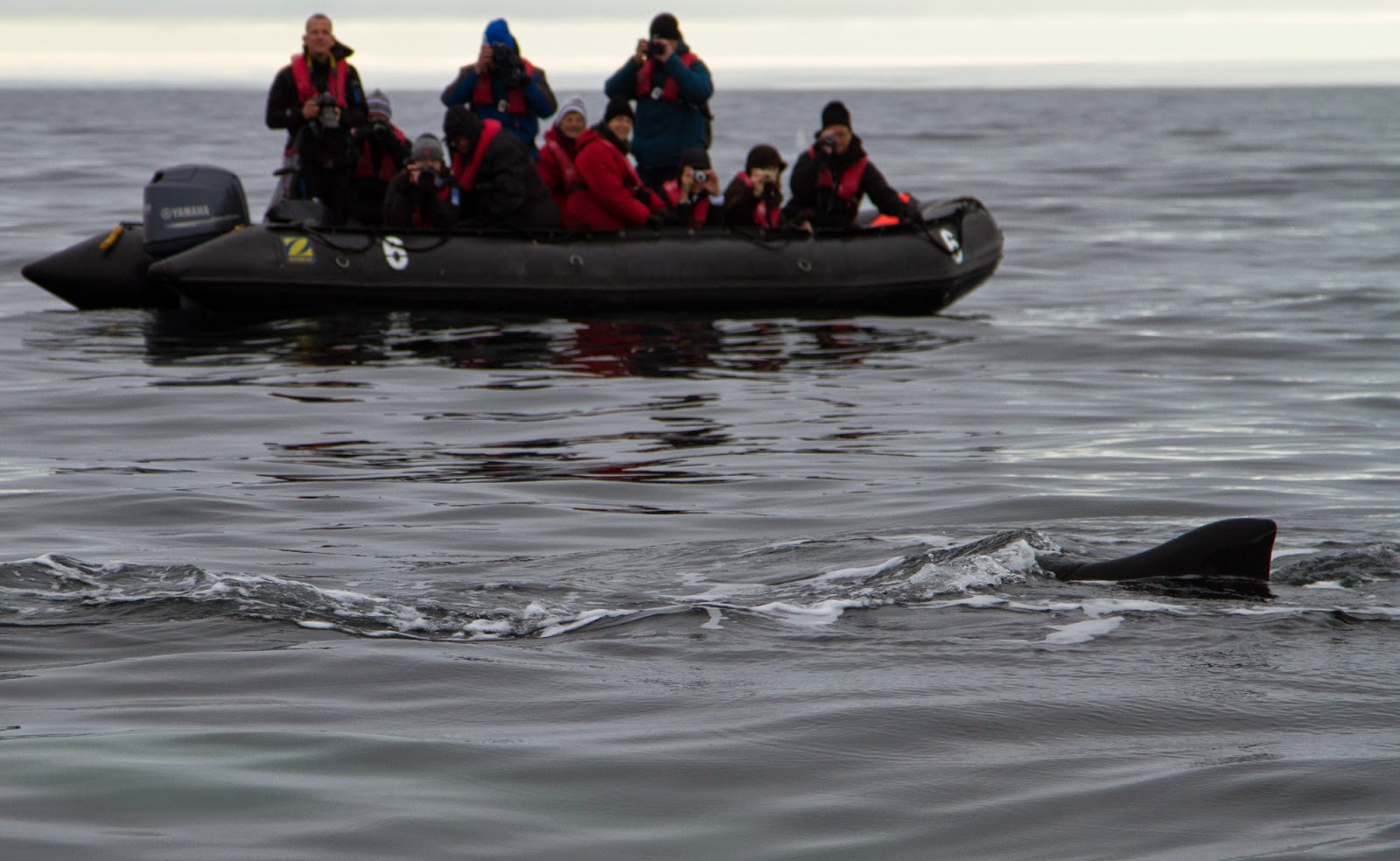 Our ship the Ocean Nova is equipped with zodiaks that are lowered via crane twice daily to allow us to explore the arctic more closely. 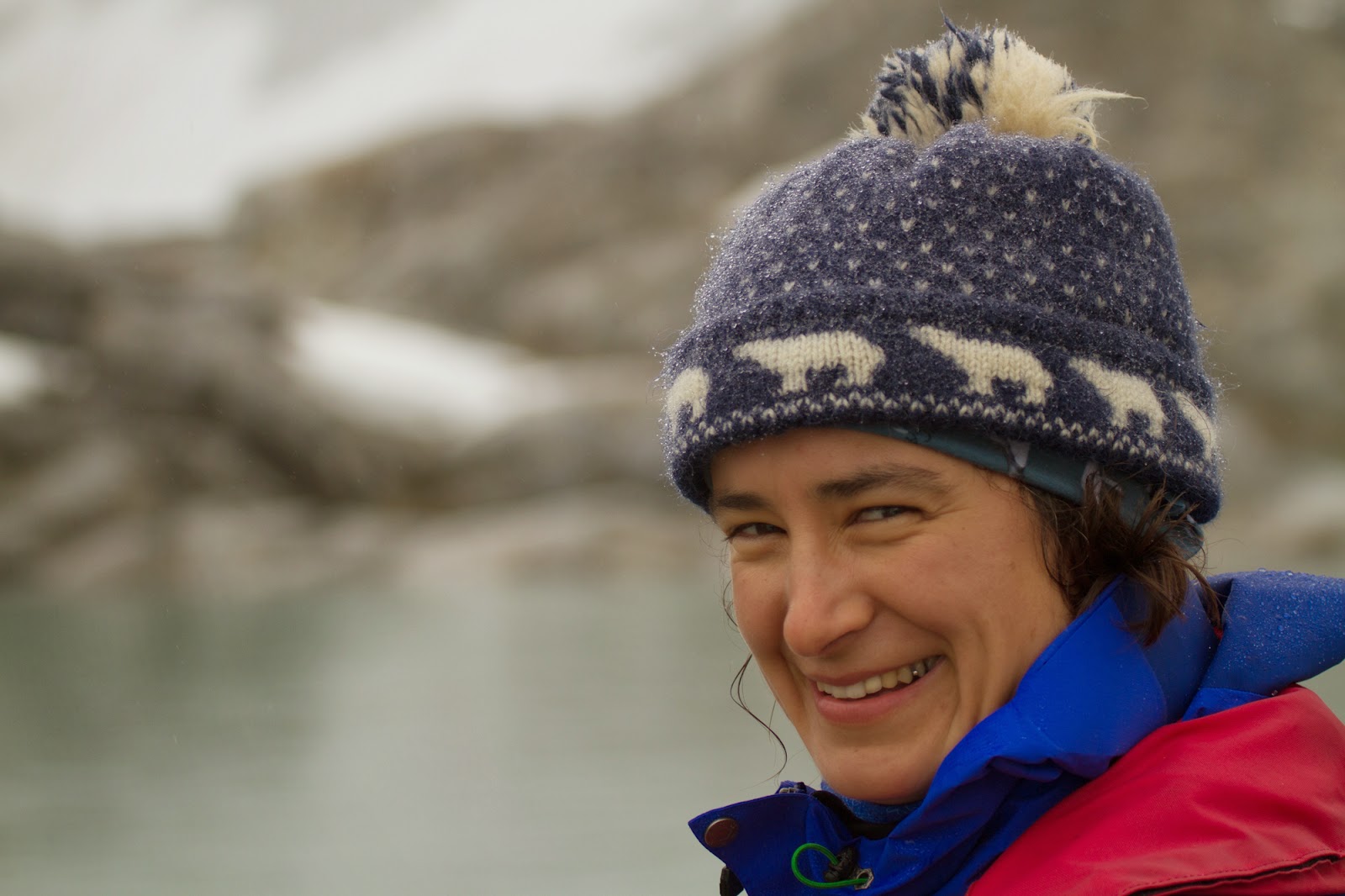 The people here remind me of the people I encountered in Alaska. Tough. Strong. Elka is one of our guides and a beautiful spirit. She radiates positive energy and can be found dancing in her zodiak while waiting to pick up guests. 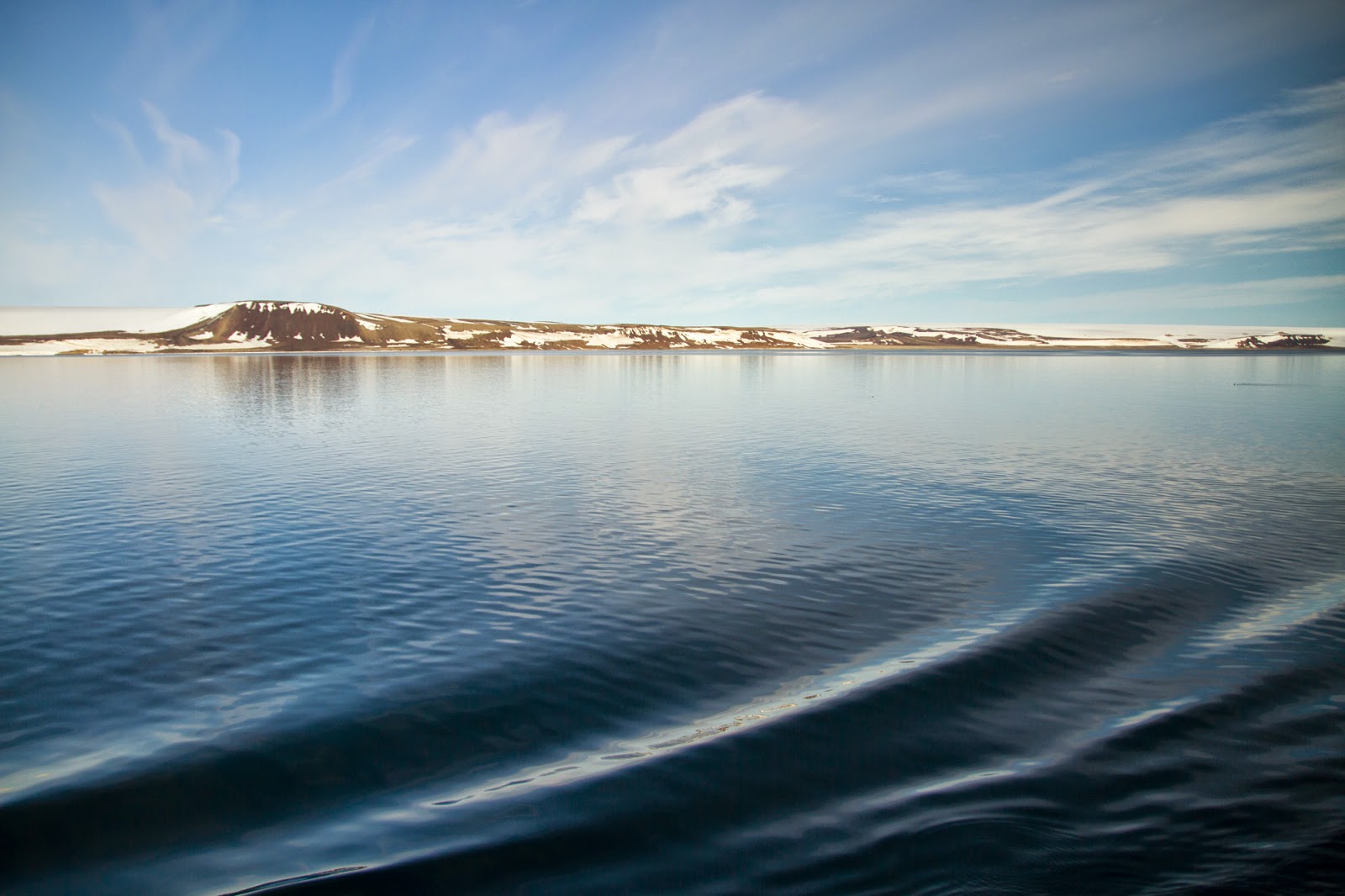 I expected Svalbard to be much colder, snow covered, and ice filled. 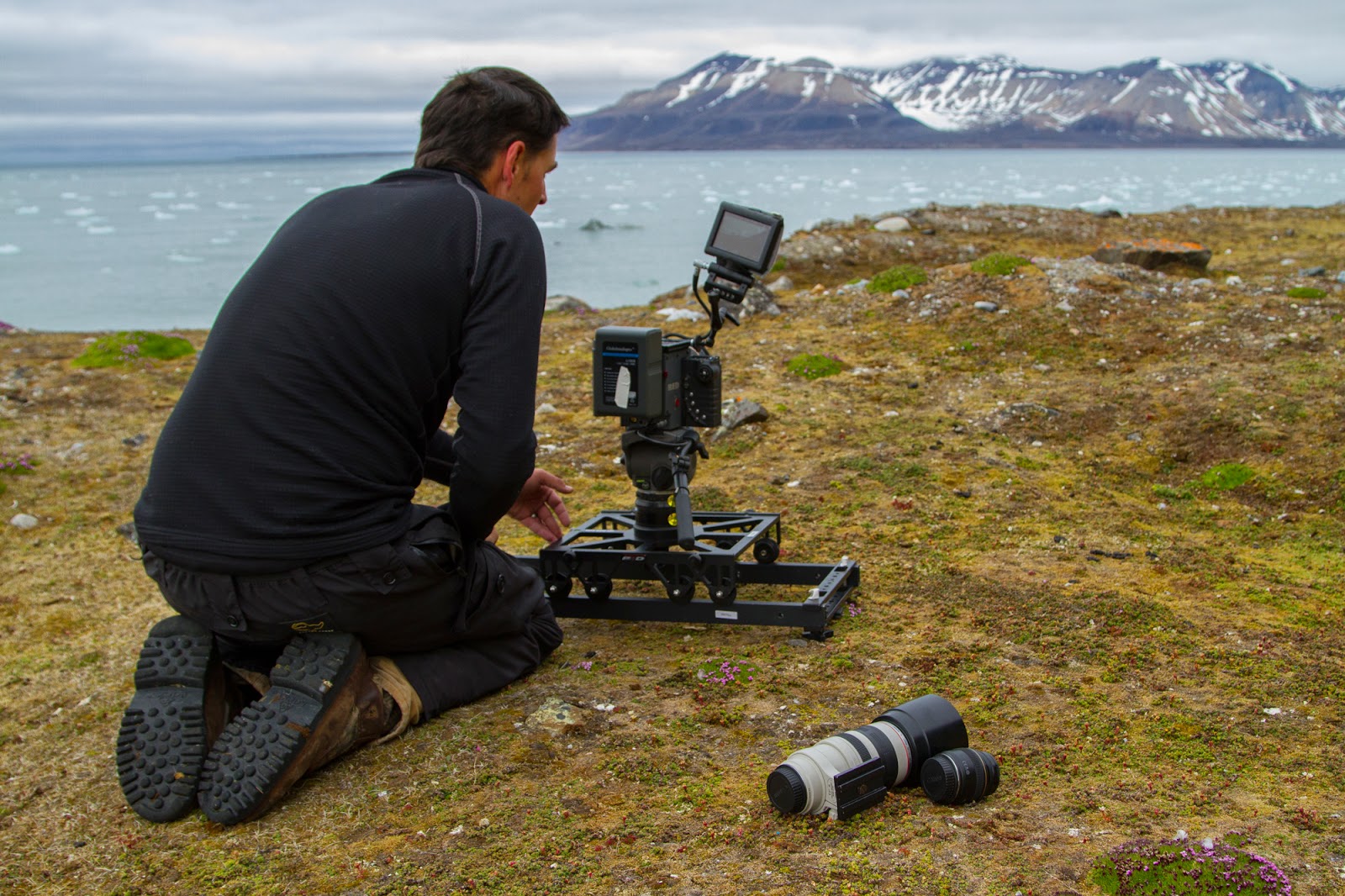 It has been a pleasure working with Henry Harrison. I have learned a ton and have enjoyed watching him capture beautiful imagery. 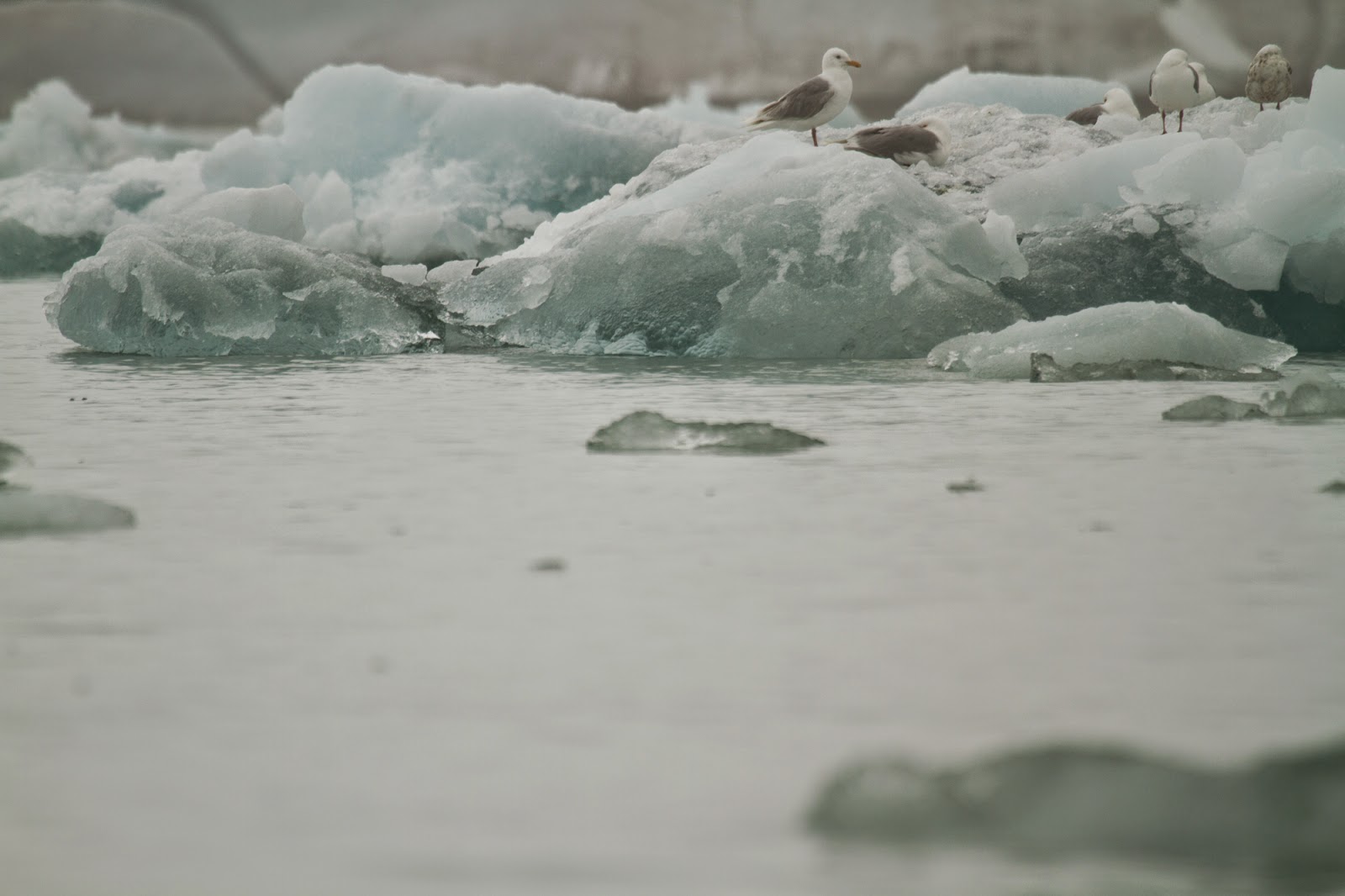 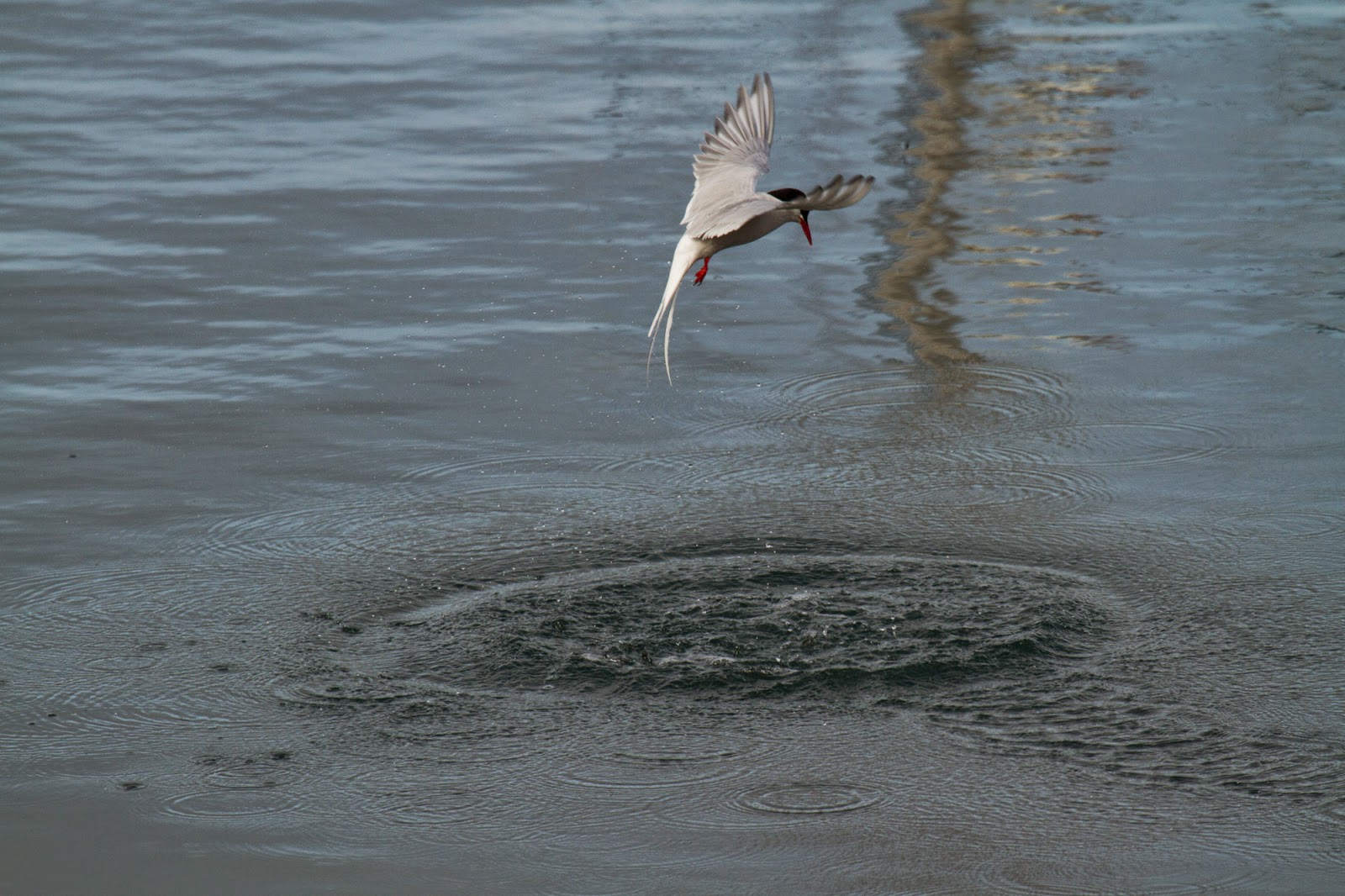 The abundance of arctic birds has been a pleasant surprise. At any moment one can spot multiple species of unique birds. 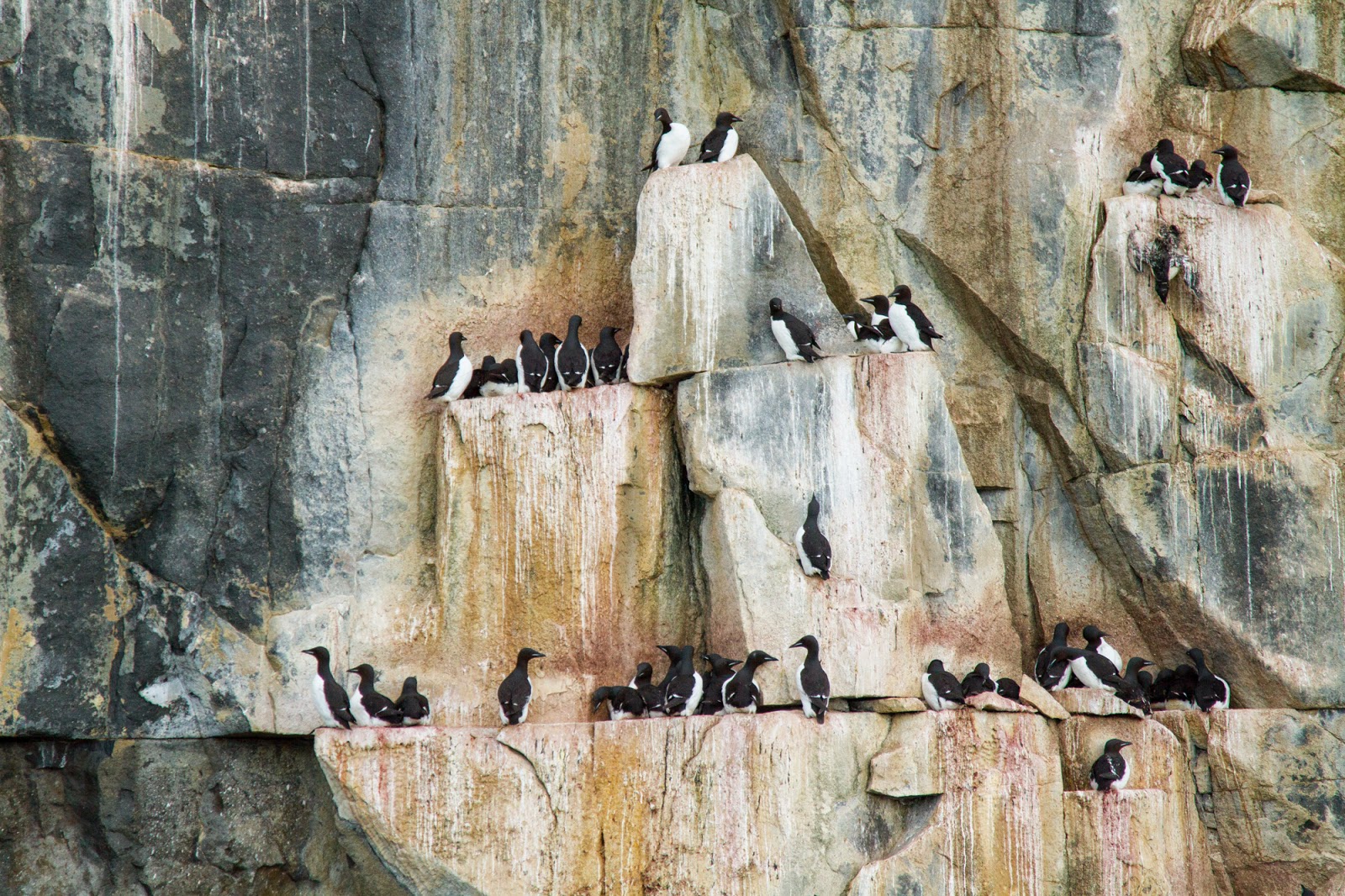 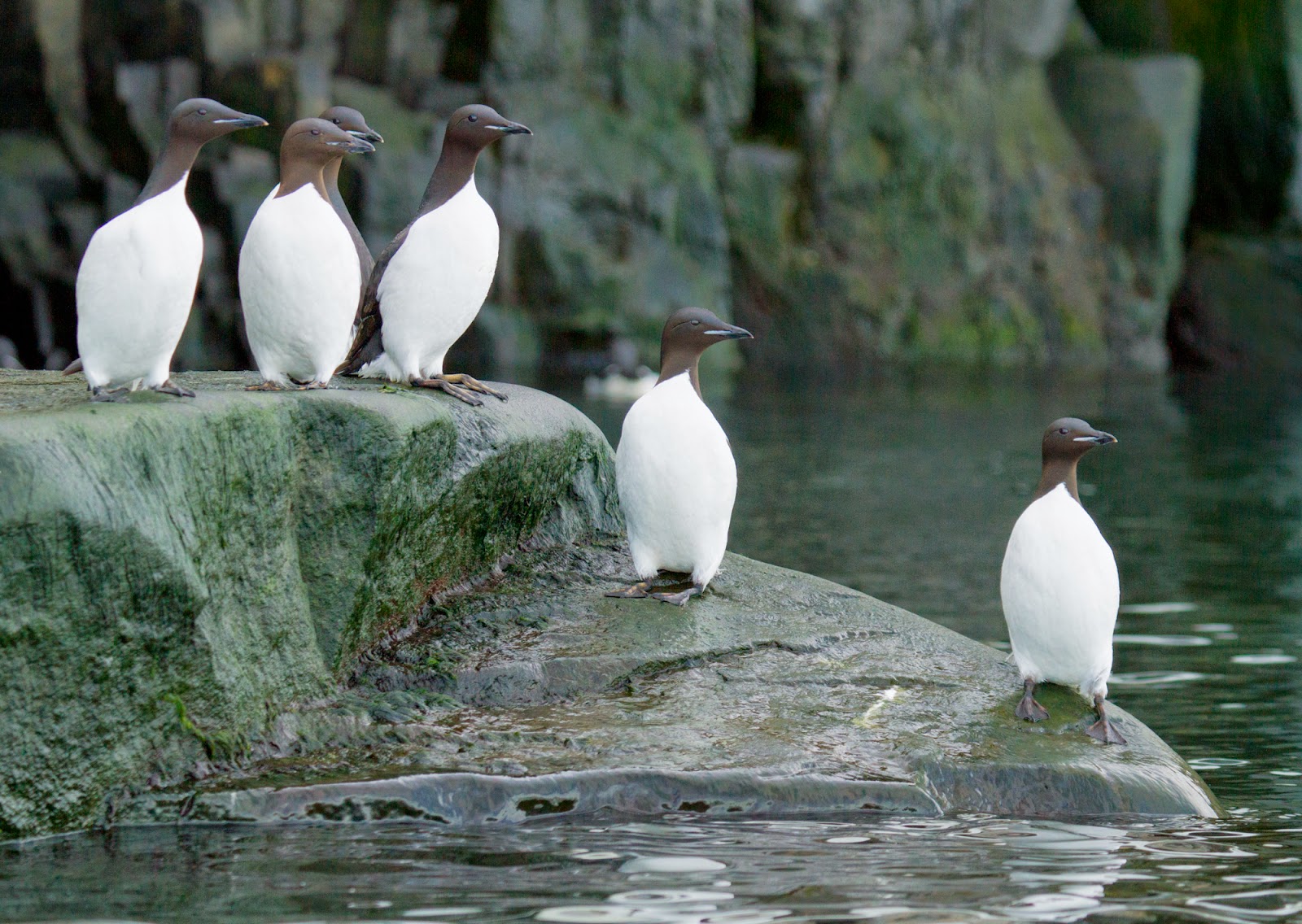 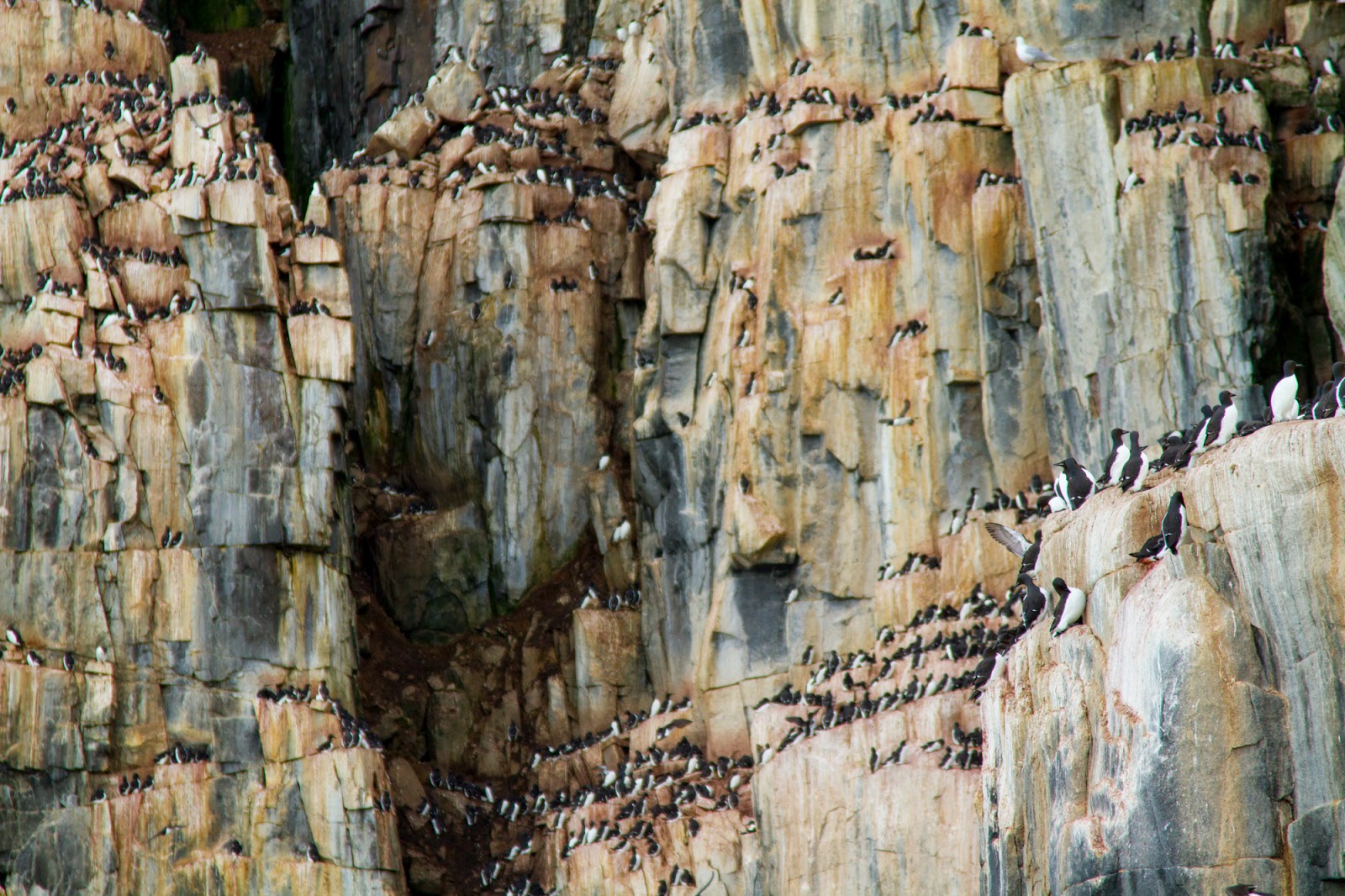 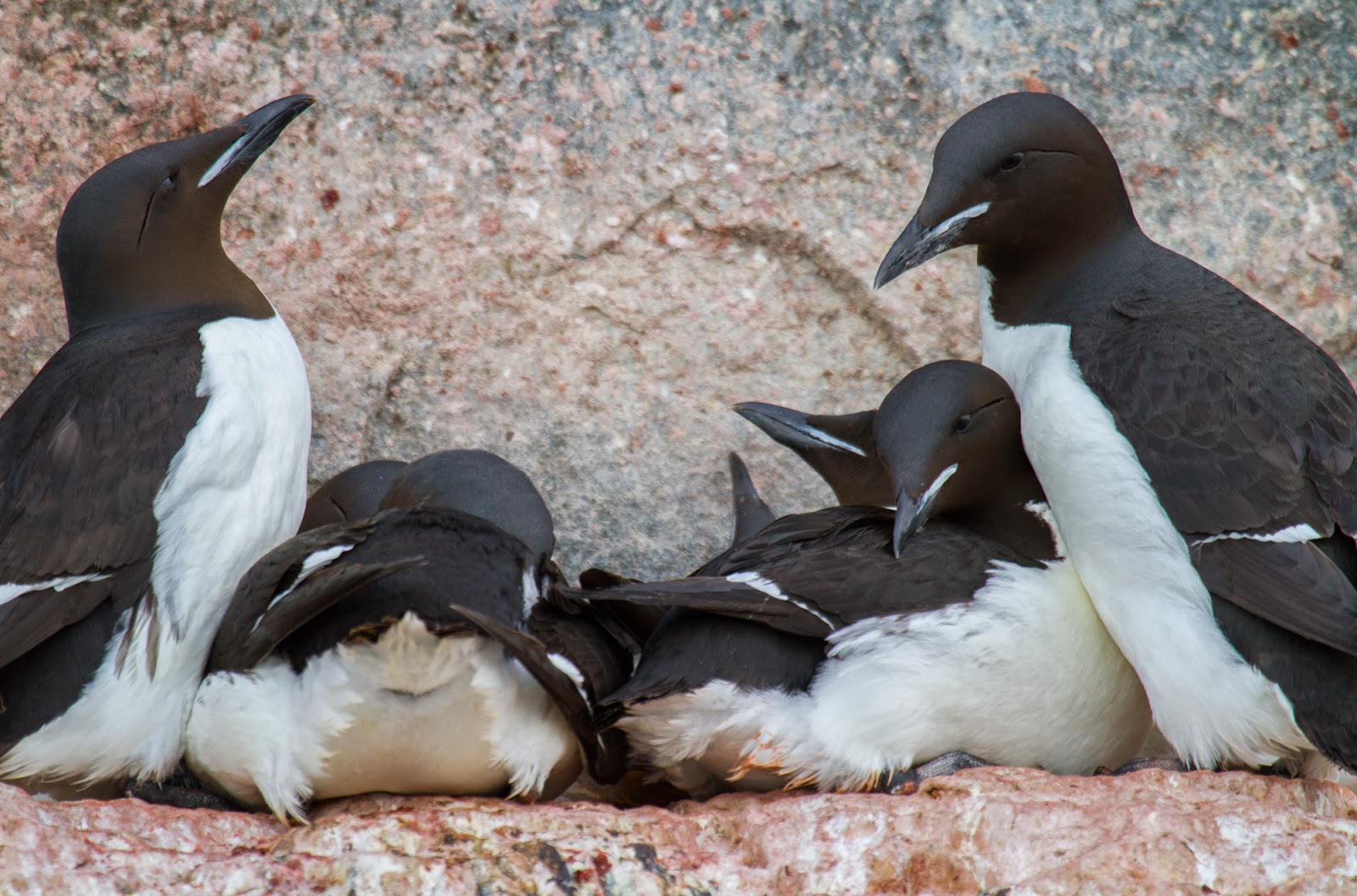 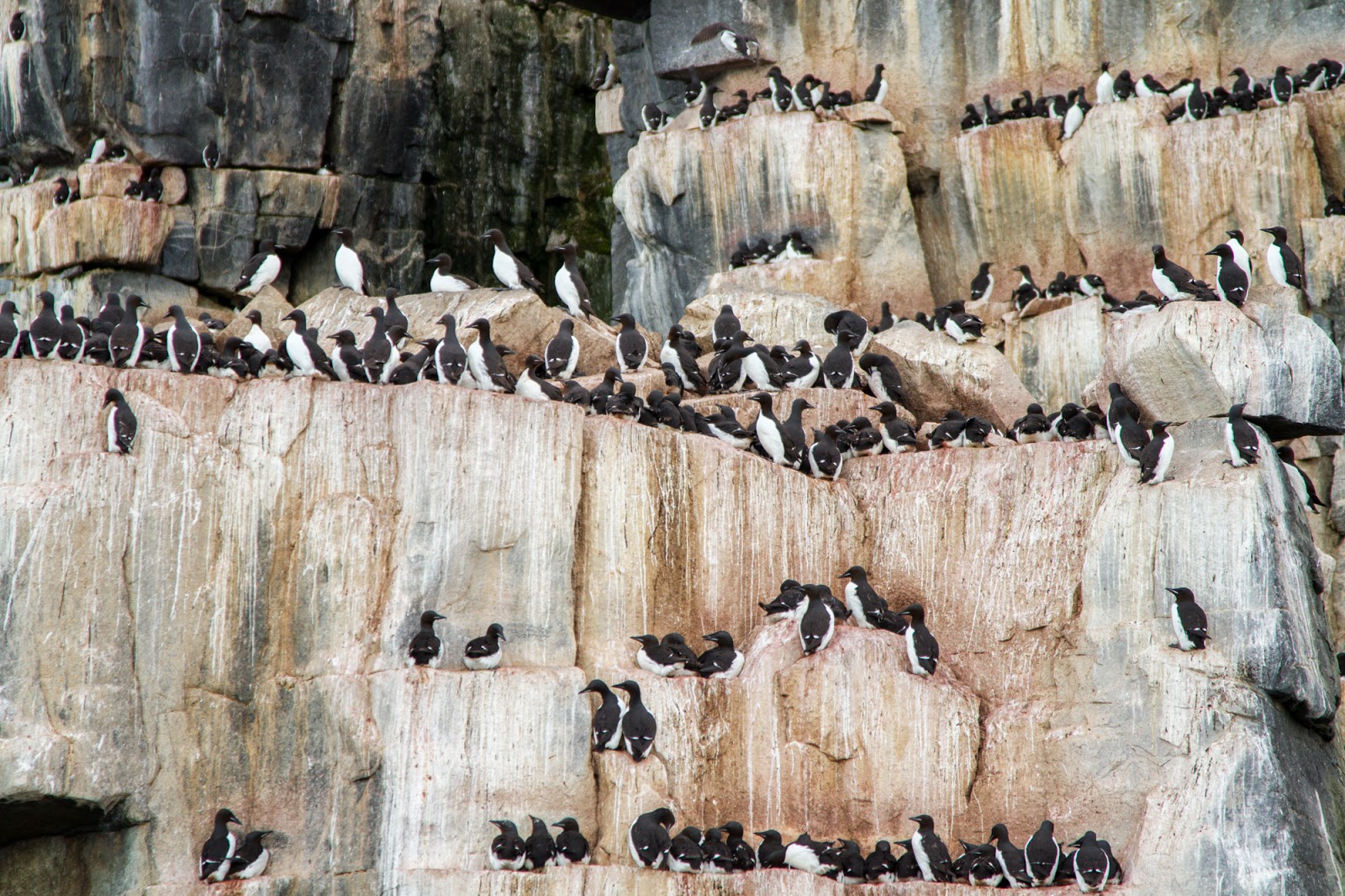 We have spent time at two Brunnich’s Gillemot rookeries one of which has over 50,000 pairs of nesting birds. The energy is captivating and overwhelming, a colorful circus of commotion.


Language lacks words to describe the experiences we’ve had in Svalbard. 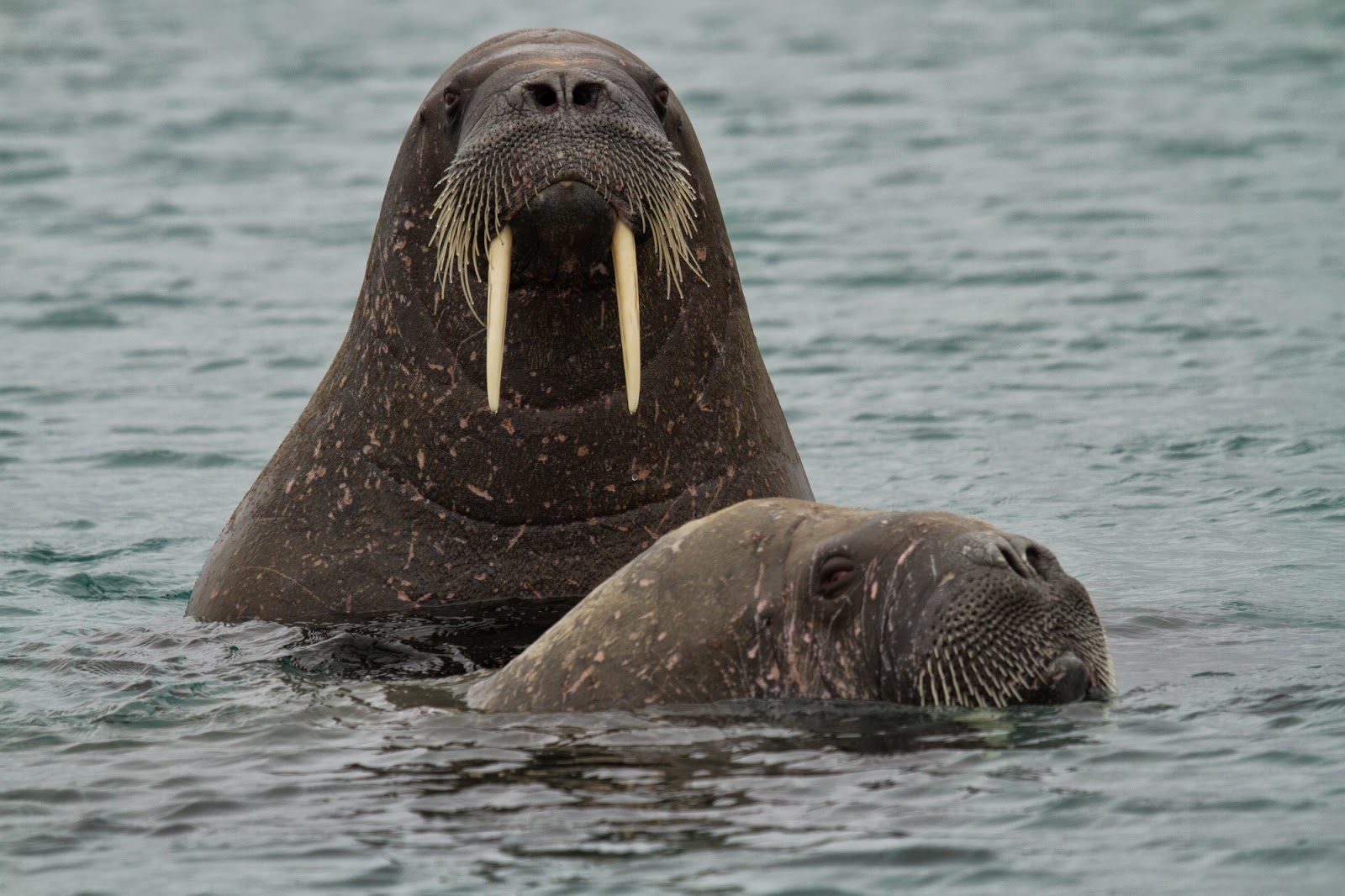 On the third day we came to Phipprøya, a sandy beach nestled in a wide fjord along the northern coast of Svalbard. This beach is home to a colony of walrus.
As we approached them slowly along the shore two of the bulbous mammals waddled into the bay and began to play. The others basked lazily on the shore in a large mound grunting and emitting a foul odor. In the sea they wrestle and play with ease, the water allowing mobility for the awkward blubber masses. The two in the water curiously swam within 10 meters of the shore where we stood and examined us, strange two-legged creatures hiding behind large lenses. Their size and presence could be felt in the air and their stench became potent. There I stood eye to eye with a walrus, it’s large black eyes piercing straight into mine, it’s tusks illuminated, displaying streaks of color and wear over time. 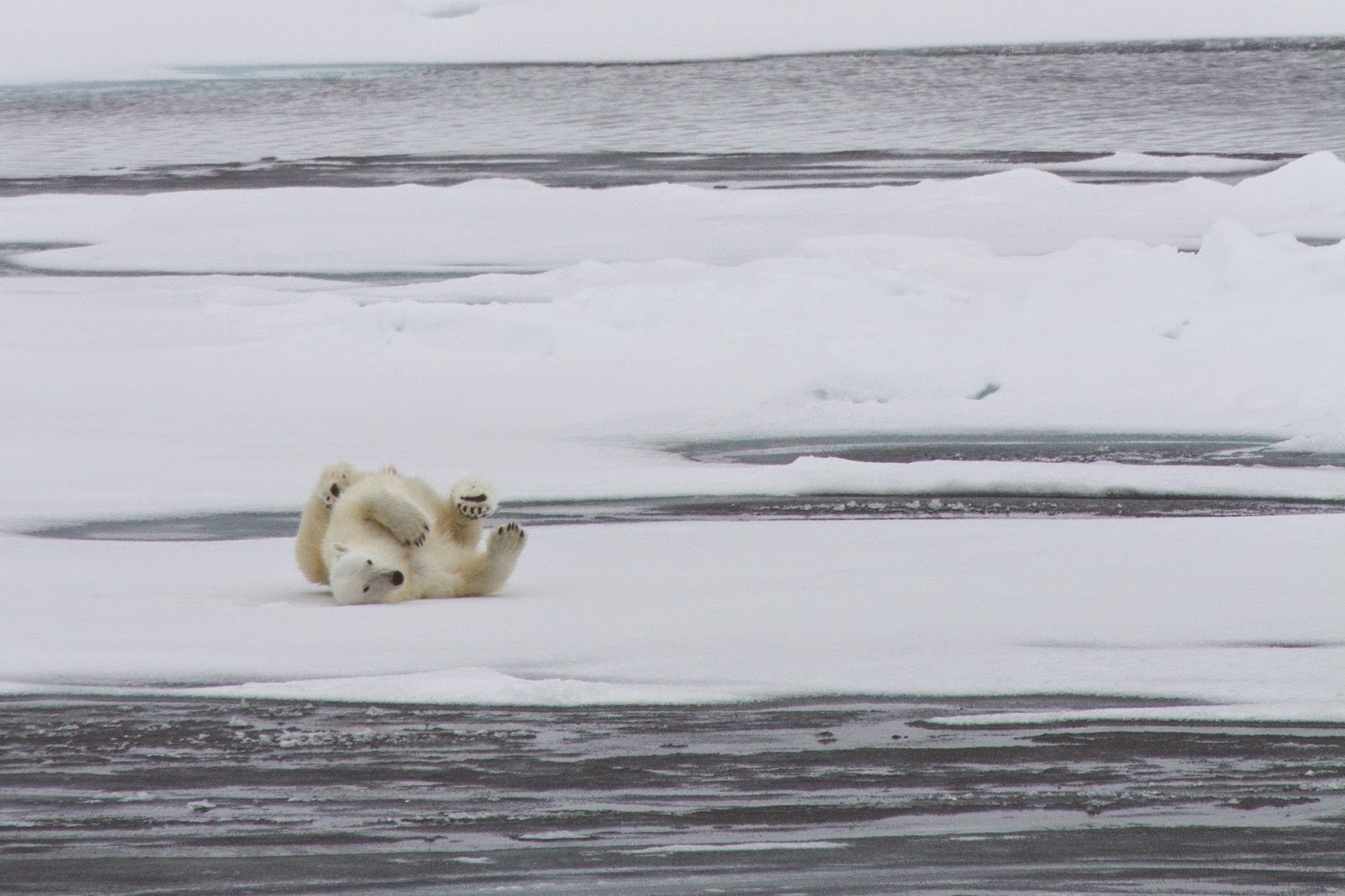 We came upon a polar bear having a seal snack on the 4th day. After the first ten minutes of shooting I paused for a moment and put my camera down. I became mesmerized by the beautiful creature, he looked so small and vulnerable among the massive sea. He stuck his nose in the air and wriggled his muzzle.
He put on quite the show, rolling about and posing in curious delight. I began to wonder if people were really present, really absorbing everything, really allowing themselves to be moved. It seemed that nearly everyone was squinting through a viewfinder trying to capture pictures, trying to preserve the moment, instead of living it. Are people really connecting what they are experiencing with the way they live on a daily basis? Will these people go home and plant a garden, learn to compost, or stop using plastic after looking a walrus in the eye?
Perhaps they will, but I fear the opposite.

The beaches here are intriguing. There is often driftwood scattered about despite the absence of trees on Svalbard. There are small pieces of litter strewn everywhere, mostly plastic and glass. This is partly due to tourism in Svalbard, however a majority of it is extremely worn and rounded after many months or even years of travel at sea. It drifts ashore after floating in ocean currents from all over the northern hemisphere. It is painful to see the effects of the highly populated lower latitudes impacting such a fragile, distant, and isolated location. Here is my challenge to you: STOP BUYING PLASTIC. We have to start changing somehow! Take your own bags and jars to the store. Buy the cookies out of the case instead of ones twice wrapped in plastic. I DARE YOU!PLEASE!
Posted by nerdybirdy at 11:16 AM No comments: 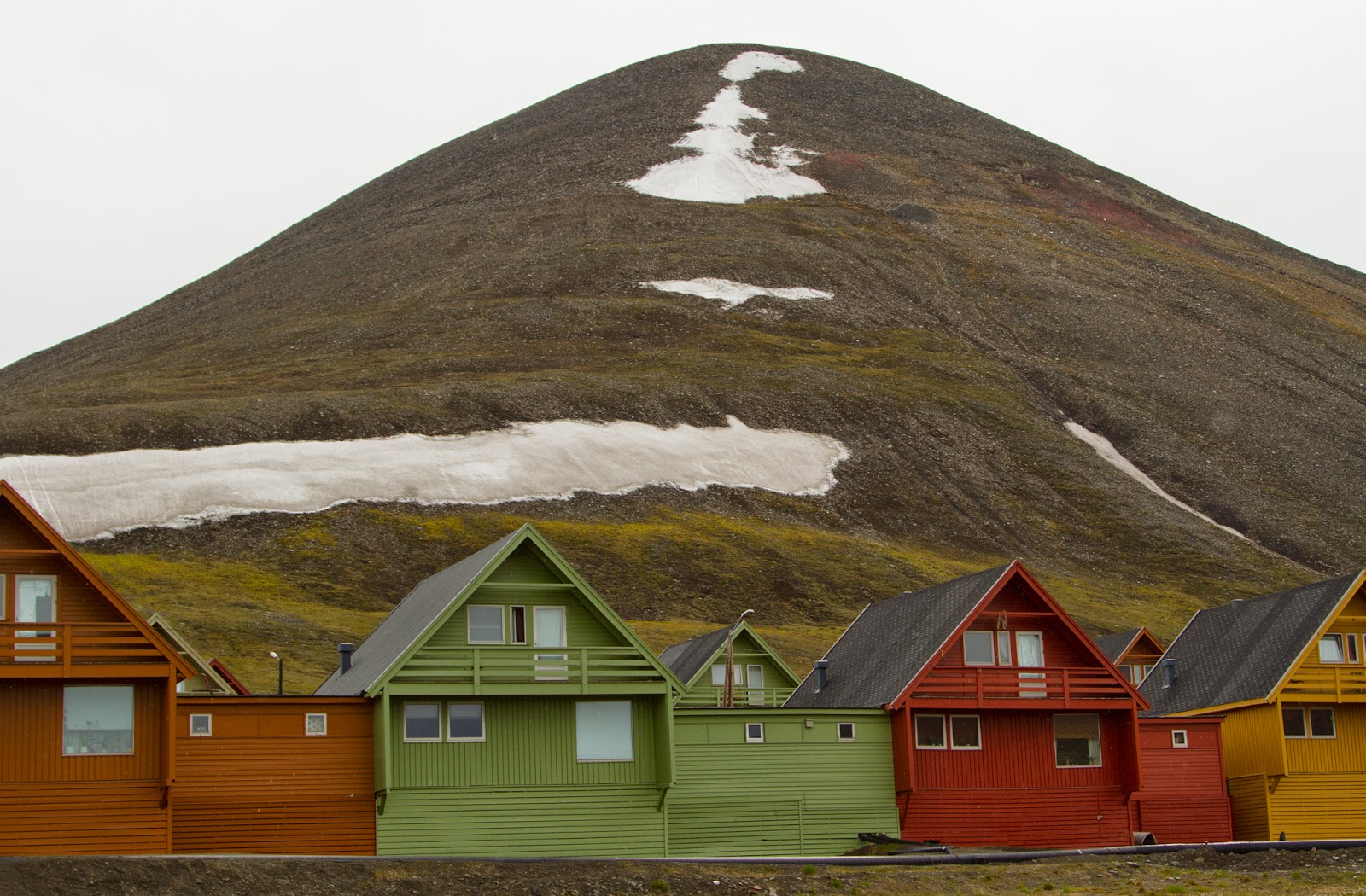 I am sitting in a bar in Longyearbyen, Svalbard right now, surrounded by people speaking Norwegian & German. It has been a long journey getting here, but I enjoy that in the same way I enjoy a challenging climb or a difficult slog approach in the mountains; ‘Fun’ but different as ET would say.

The landscape here is wildly beautiful, stark, stunning. Sitting 1.338 kilometers from the North Pole, we wait for lunch to begin while organizing and re-organizing our gear. 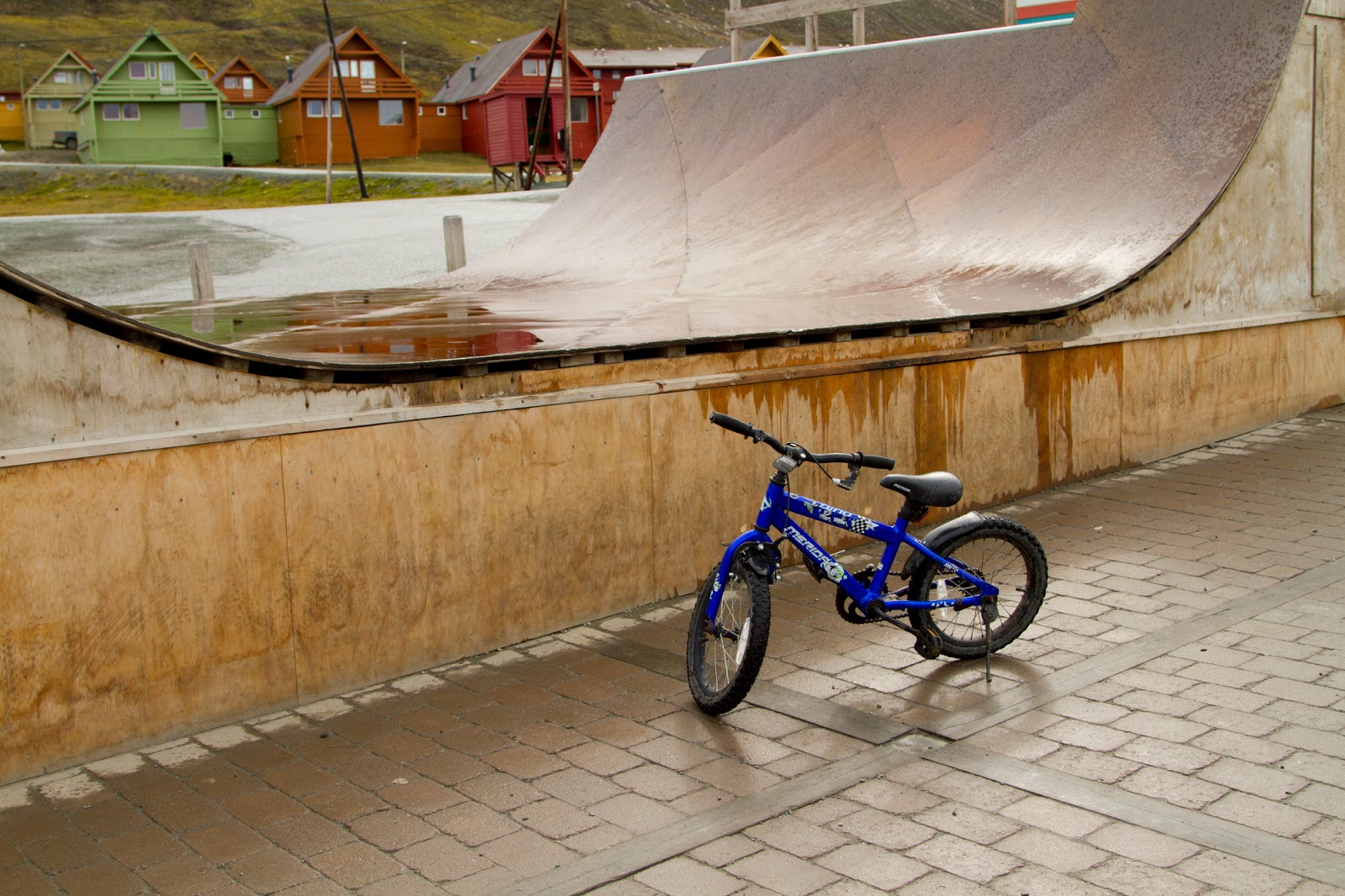 I landed in Longyearbyen, Svalbard Friday at 11:30pm to full light. Not dawn, not dusk, it could have been noon. 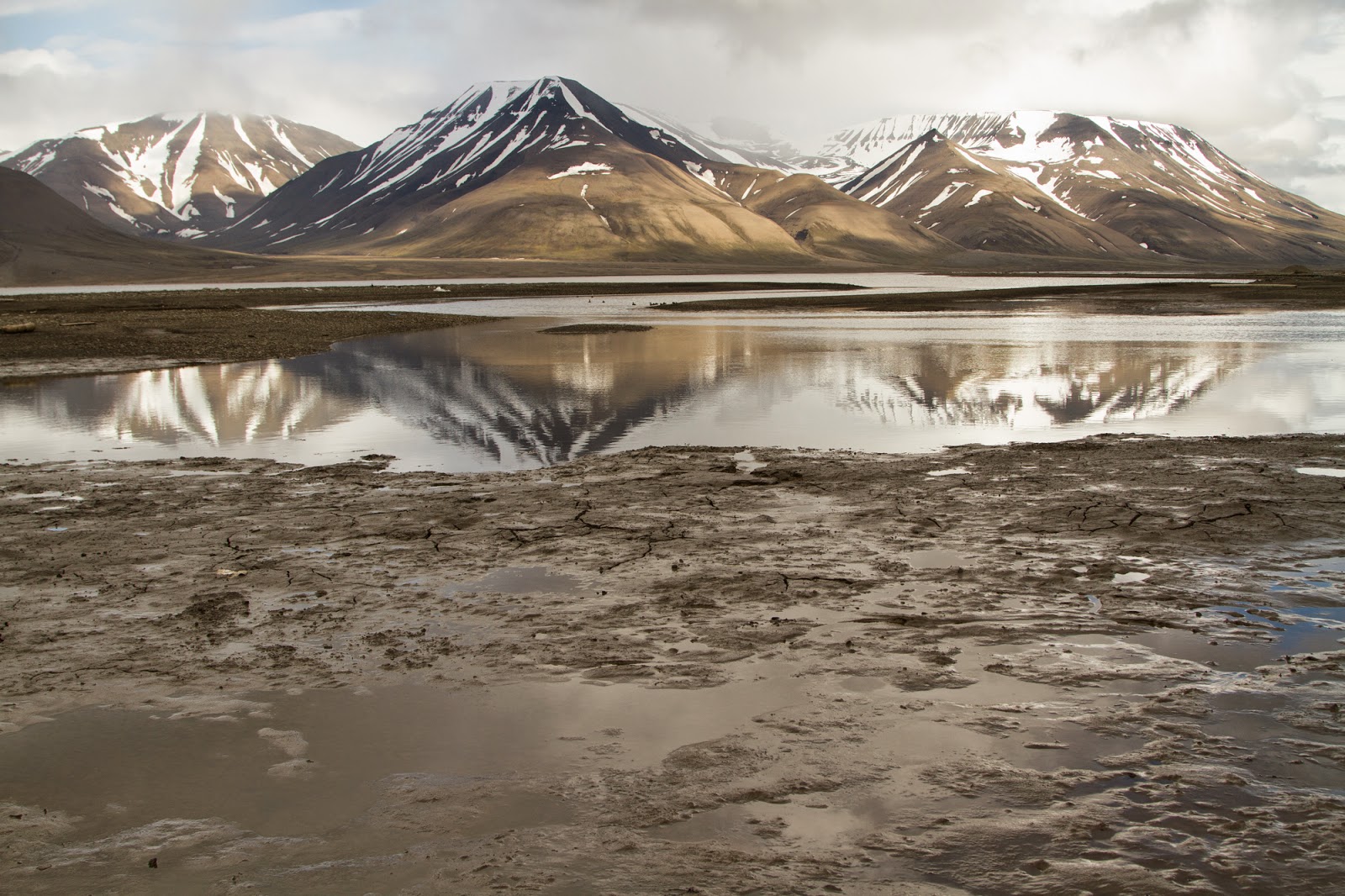 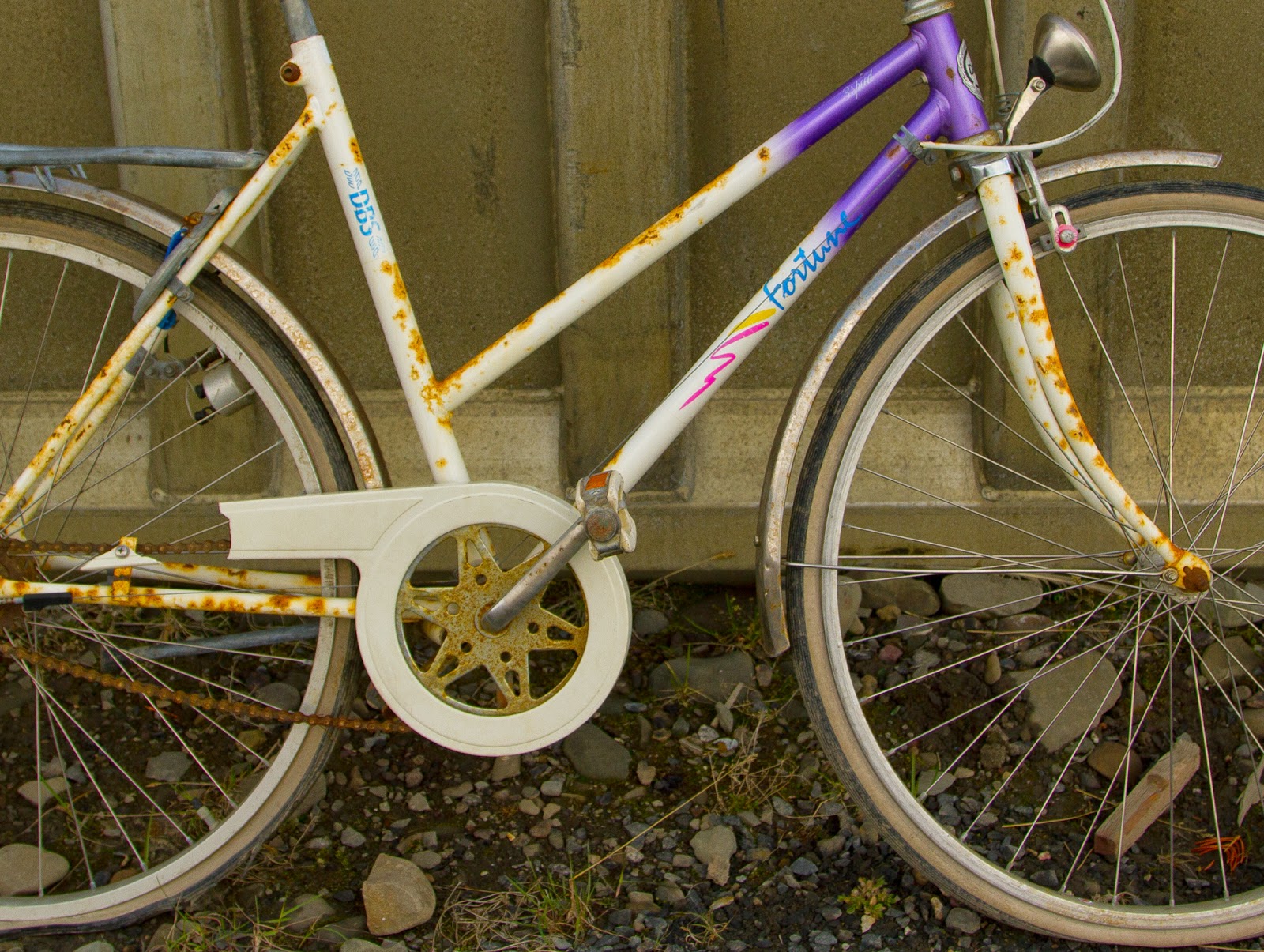 The unfamiliar presence of light and build up of anticipation kept me awake most of the night. Extraordinary filmmaker, Henry Harrison, also of Bozeman, arrived last night. Together we will be joining Polar Kreuzfahrten, who has graciously donated two spots on two of their arctic cruises for PBI. As a team we will be gathering media of this arctic wonderland. I am honored to have the opportunity to work with a group of such passionate people, to absorb and learn as much as I possibly can, and to contribute positive energy and beautiful imagery 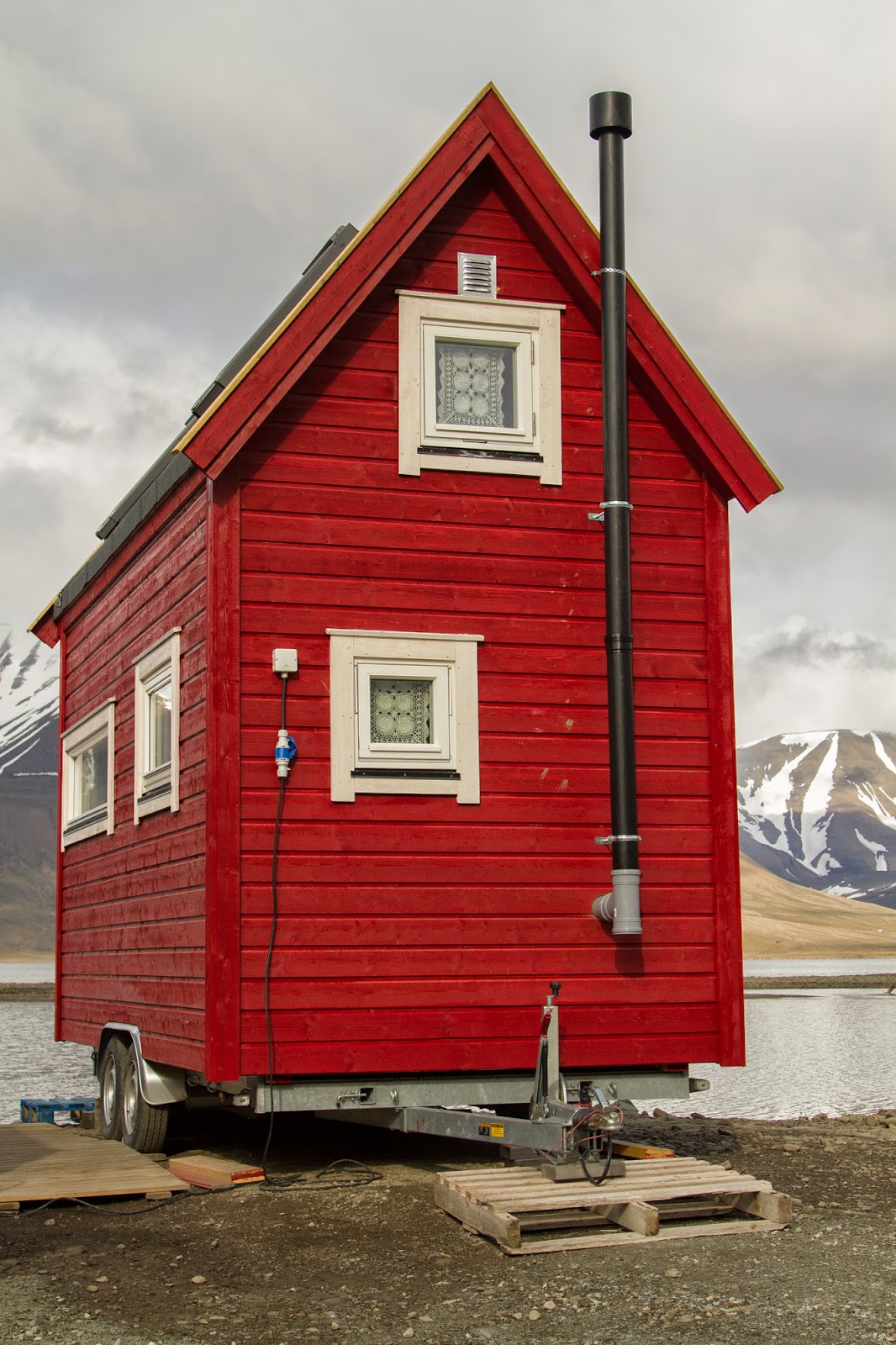 We will be boarding the ship in a few hours. What an inspiring environment to be immersed in. 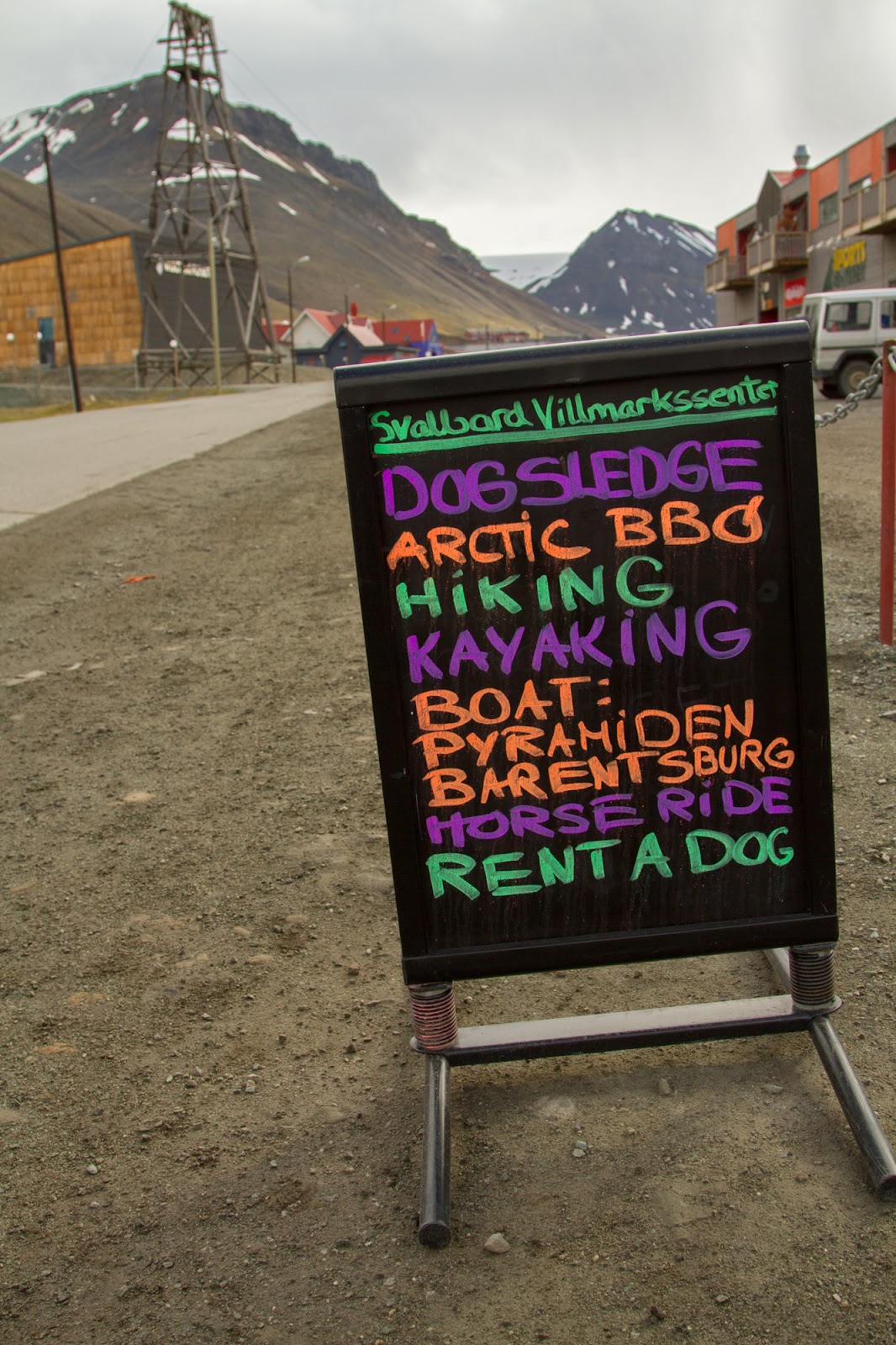 Posted by nerdybirdy at 10:27 AM No comments: